You guys offer amazing service and unique restaurant experience here in Vancouver, WA. How did you guys come up with this concept for this business?
I always dreamed of the idea of having my own restaurant. So, this concept started, when I got unemployed, you know, lost a job which caused me to look deeply into what I wanted to do in life.

After working at different restaurants we got an opportunity to buy out this existing restaurant. When we bought it, we changed the concept, the food, and pretty much everything that you see on the menu. I always wanted to cook with my heart, instead of people telling me what I need to be doing.

Did you have a good relationship with the previous owner? And what was the business prior to Elements Restaurant?
We moved from Chicago, about seven years ago. Williams was a big help in the beginning, we had a lot of conversations about different ideas when we worked together. Williams had restaurant experience and he started other restaurants where I helped him. One day, after talking to him about my dream of opening up a restaurant, he said to me, your time will come for you.

I continued to work for several different huge restaurants including one Beaverton high-end upscale restaurant which eventually closed. Later, I came back to Williams and told him about it because he knew the owner of that restaurant as well.

After some time off, I searched and wanted to figure out what I really wanted to do in my life. A couple of months later, I got a call from Williams telling me he was planning to sell his restaurant and asked me if I wanted to buy it.

Before I accepted, I got the opportunity to help start a couple of restaurants at the Ilani Casino in Ridgefield, WA, as a chef. I helped open Rose and Thorn and Long House restaurants. These were two restaurants not part of the casino or not part of a chain at that point. While working on the casino, you know, in the back of my mind, I questioned myself if I wanted to take the risk.

I drove several times here and would park in front of the restaurant and see how busy it would get, and ask the same questions, is this going to work?

Talking with my wife we both came to the same conclusion; it’s either now or never.

That’s how everything got started.

Why Elements?
The concept, this idea of elements is not just a logo or a name it’s really is rooted down deep, it’s who I am and what I believe in. I mean it speaks a lot of elements of myself, my history, and how I grew up cooking. In the end, like everything that you see here has some type of element.

What’s your mission?
Our mission is to be part of the local community, be driven, and support local farmers. Our mission is to utilize local farmers and resources as much as we can. But also respect the earth. My job is to utilize every single piece of the vegetable, instead of throwing away give respect to the earth and respect to the farmer. We shouldn’t force spinach to grow in the middle of winter unless you have a hothouse. It’s just not how the planet works.

What was it that drew you to Vancouver, more specifically downtown Vancouver?

It’s believing that city growth is happening, Vancouver is getting an identification or starting to be part of the map. Seven years ago downtown Vancouver, WA was a ghost town, you barely ever see anybody.

There’s a lot of culture in Vancouver, there’s a lot of good farmers, it’s a very nice community, you know the first farm I used was in Ridgefield. I think Vancouver is growing very rapidly. Especially with the new waterfront. It’s nice to see other restaurants become part of the growing community.

What do you think has attributed to your success?

There were so many times where I just wanted to throw the towel during the first six months, it wasn’t easy. I had a hard time believing in myself when it wasn’t growing. I would think back and think, maybe this risk was a little bit too ambitious, maybe I should stick with the basics.

But every person, family, friends believed in me, you know, I think that’s what kept me going after my dream. Because in the end, you can only control what’s inside the four walls and that’s what I have been doing.

What one thing you could say helped you to continue growing your business?
You don’t know until you do it. In the end, the goal is to just believe. Believe in yourself and your abilities.

Listen to this episode on Clark County Insider | Podcast 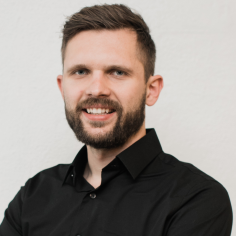